Alexa vs Google Home vs Siri: it’s the battle of virtual assistants! These three platforms are quickly becoming ever more ubiquitous in today’s society. And you don’t necessarily need to have a smart home to find them useful. These virtual assistants can help you answer questions, help you keep on top of your day-to-day tasks, even learn your individual preferences.

We’ll be perfectly honest: we live in an Amazon Alexa-controlled home. However, we wanted to make this post as impartial as possible, so we put the three major platforms to the test free of bias. If you’re considering a virtual assistant, keep reading to find out who we think is best.

Alexa vs Google Home vs Siri: Best at Answering Queries

All three virtual assistants answer queries sufficiently. However, we found that in terms of answering a query, the Amazon Alexa platform does best. This might be a function of how they were programmed: Amazon seems to have spent a lot of time preparing Alexa to answer basic trivia. We typically got a satisfactory answer on the first try from either Google Home or Alexa without sending us somewhere else.

Google Home did get tripped up from time to time but generally performed nearly as well as Alexa. Siri, however, was by far the worst of the three, often offering search results instead of an answer (on the iPhone) or saying it couldn’t find an answer (on the HomePod). According to Apple, that’s by design — it wasn’t built for this type of use.

Alexa vs Google Home vs Siri: Best at Understanding Queries

While Alexa does well in answering queries, it often seemed to require queries to be worded in a specific way that might feel unnatural to the user. Google Home, however, seemed to deal with natural language much better, even understanding the word “and,” allowing us to daisy chain queries together. For example, Google Home can understand the query “turn the living room and dining room lights off,” whereas Alexa needs you to make two separate queries, as does Siri. We have to give the win to Google here.

Alexa vs Google Home vs Siri: Best at Learning Your Preferences

While Alexa shines in its capabilities in answering your questions, and Google Home does wonderfully in understanding what you’re saying, it is Apple’s Siri that does the best in actually learning your distinct preferences and anticipating what you might want. This probably has a lot to do with how Siri was built: it was built to be an assistant in your phone rather than live within a smart speaker.

While the experience is slightly different on the HomePod, Siri still relies on data gathered from your interactions on your iPhone, iPad, or Mac. Over time, we’ve found its suggestions to become pretty good, changing even based on your location and time of day. While Amazon Alexa and Google Home have started to focus on this aspect more (Alexa’s “hunches” are a great example), Siri still feels further ahead in this department.

Of course, we’d judge the three smart assistants on their smart home capabilities: after all, that’s what this website is about. Here it’s a much closer race between the three. There are smart home devices that are not compatible with one another — most notably, Ring (owned by Amazon) is not available for the Google Home platform — but for the most part, Amazon Alexa and Google Home score similarly high here.

Siri isn’t too far behind, but smart home device manufacturers’ slow adoption of HomeKit means many smart devices are incompatible.

Here, the race isn’t even close. Amazon Alexa’s list of available third-party skills runs the gamut and is far superior to Google Home or Siri. This might result from the fact that the latter were built as extensions of either company’s own services, rather than relying on third-party services to provide that functionality for its users.

Alexa vs Google Home vs Siri: Best for Entertainment

With the number of entertainment options out there, and we all have our own personal preference. So we’ll judge here just based on the number of services available that can be called up via the virtual assistant. Whereas Google Home and Siri focus mainly on their own services, we found it much easier to call up third-party services with Alexa. Depending on the query, Alexa even served up a third-party entertainment option if Amazon’s own services.

Alexa vs Google Home vs Siri: Best for Communications

Siri holds a distinct advantage here as it was built from the start to live on your mobile phone. The HomePod was an afterthought. However, as a result, the HomePod gains the ability to send and receive text messages natively, which is a nice feature. Calls you place and texts you dictate will show up in your recent calls and text messages, respectively. Google Home can do the same, but this works best with Android devices only. Alexa requires additional setup and third-party skills to do the same.

In terms of user experience, we must consider all of the above. We really like Google Home’s capabilities to deal with natural language queries: it’s one of the platform’s biggest selling points. At the same time, Alexa has a ton of skills and works better on giving you usable responses to the things you ask. It’s hard to pick a winner here, so we’re going to call it a tie.

So with our picks in the eight areas above, here are the final standings. Each “win” is equal to one point.

While it might seem like Alexa is the clear winner here, we think it’s less obvious than it seems. Google Home comes in a close second in some of these categories, so even though it didn’t tie or win outright in more than two categories, it still is a better option than Siri, so we’ll award it second place.

Our recommendation? While we favor Amazon Alexa, we still think you should consider a Google Home device, especially if most of your home uses Android devices. If you’re an Apple household and can deal with Siri’s shortcomings, the platform is still pretty solid overall.

If you use any of these services, and have an opinion of your own in the Alexa vs Google Home vs Siri debate, let us know in the comments. We won’t be offended if you disagree! 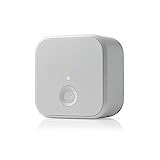